AzerothCore, CMaNGOS, and TrinityCore have a great feature that retail hasn’t, a true PvP statistical system.

PvPstats is a tool written by Shin, released under the GNU-AGPL3 license, that allows to store and display data about Battleground scores.

It consists of two parts: a core modification and a web application.

The core part has been included in both TrinityCore and CMaNGOS official cores.

For each Battleground it also stores player:

In a nutshell, it saves all data you can see when the BattleGround ends in the score window.

Written using Bootstrap, PHP, and JQuery, the web application displays the amount of victories of factions, top 20 players and top 5 guilds of: 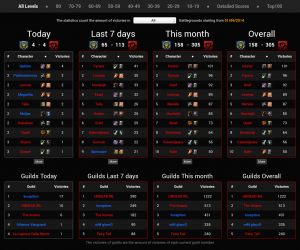 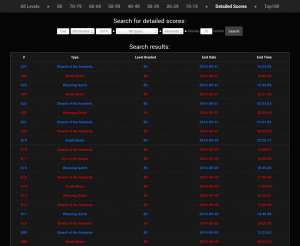 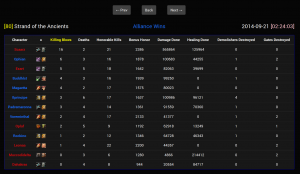 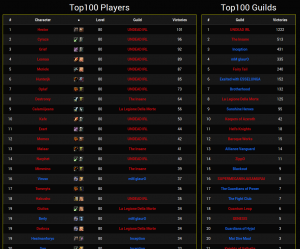 There isn’t an official live preview but there are several servers that are using PvPstats.

We can set up the PvPstats system for CMaNGOS or Trinitycore by following the official installation guides: