How to run WoW on Linux

Running WoW on Linux it’s pretty easy and works very well. The following guide has been tested with the original client of World of Warcraft, version 3.3.5a (Wrath of The Lich King). 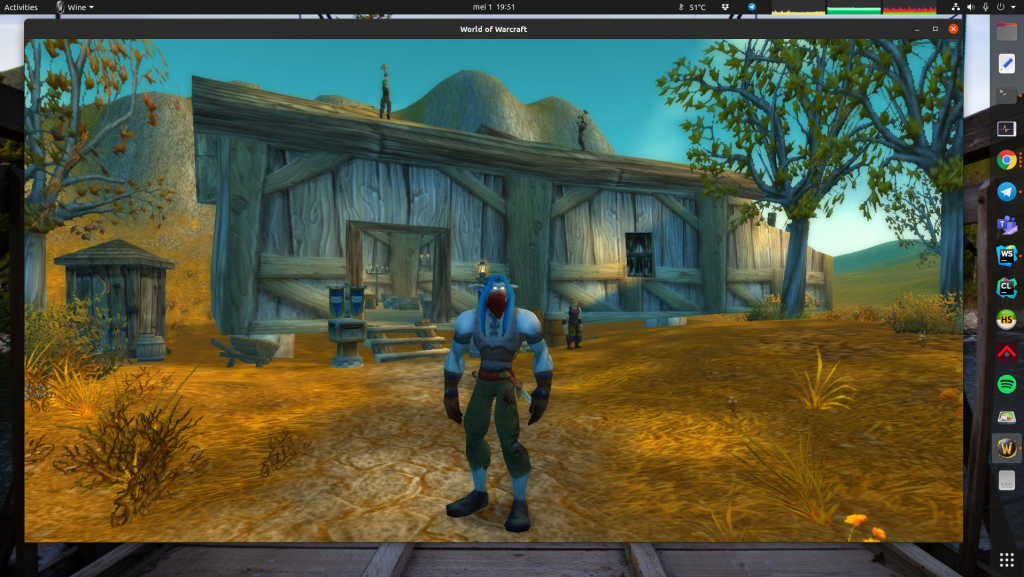 Wine is an acronym for “Wine Is Not an Emulator”, so it won’t add any overhead resulting in much better performance compared to running WoW inside Virtual Machine.

If you are using an Ubuntu-based distribution, you can open a terminal (ctrl+alt+T) and type:

If you are using another Linux distro, you can have a look here.

This step is not mandatory, however it usually helps a lot when running WoW on Linux. Setting the gxApi to OpenGL helps old machines to get a higher fps. It also helps new machines to have less CPU/GPU usage, but keeping the same performances.

From your World of Warcraft client folder, open the Config.wtf file located inside the WTF directory with a simple text editor. Then add this line at the end:

Make sure there is no other line starting with SET gxApi, in such case just delete it and replace with the one mentioned above.

What if you don’t have the Config.wtf file? Run WoW once, then close it. It should generate it for you.

In order to run WoW, you just have to open a terminal inside your World of Warcraft folder. You can either open a terminal (ctrl+alt+T) and move to the WoW directory using the cd command or open the folder in your file manager, then right-click in an empty space and select “Open in terminal”.

Then all you have to do is type in the terminal: